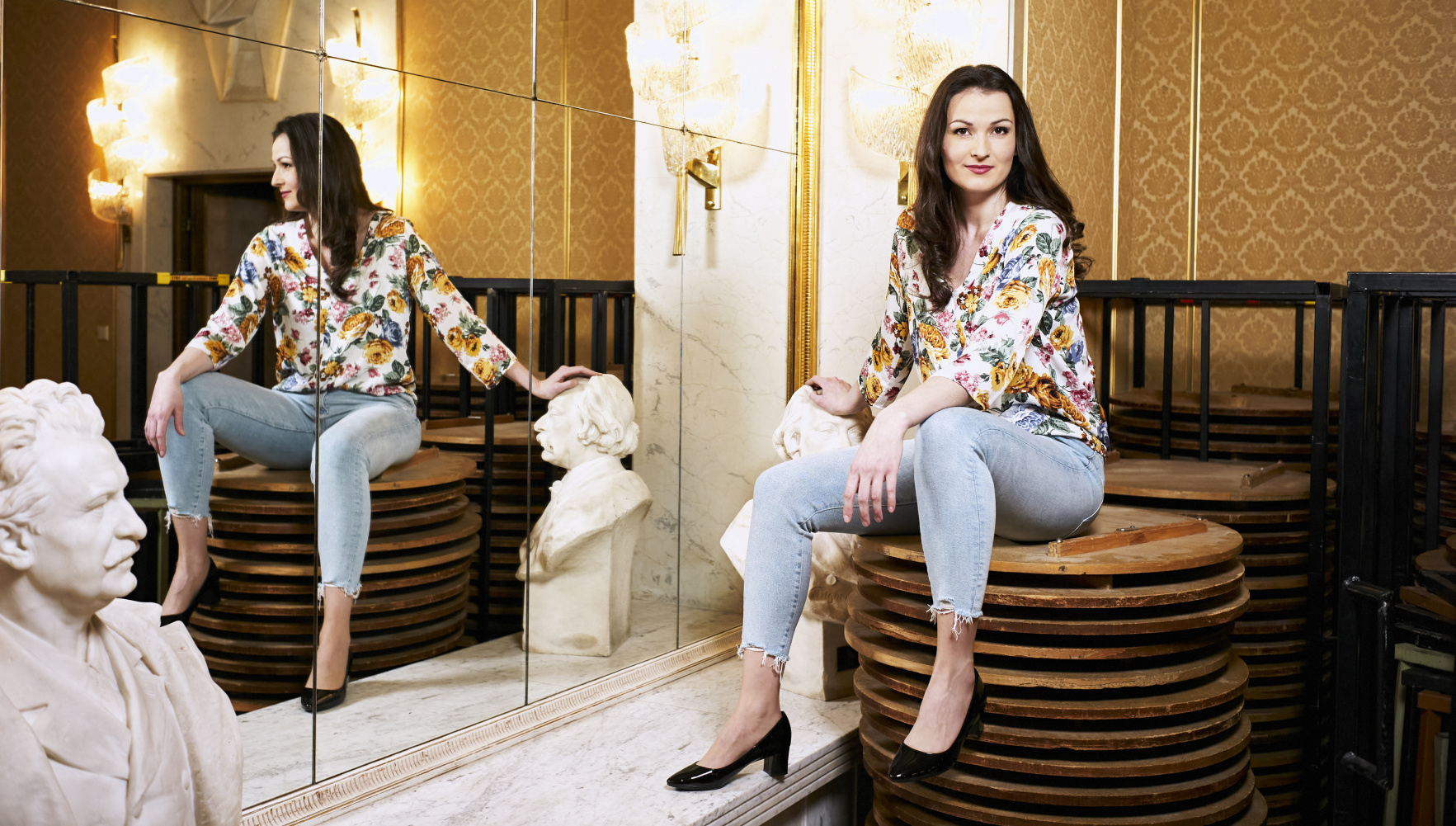 Soprano Slávka Zámečníková is one of the most promising singers, inspiring great expectations since her successes at Berlin State Opera, the Internationale Maifestspiele Wiesbaden as well as at Moniuszko Competition, Neue Stimmen Competition and Belvedere Competition in 2019. In the season 2020/2021 she started her new engagement as a member of the ensemble of the Wiener Staatsoper with a great success as Norina in Don Pasquale,  Frasquita (Carmen) and Poppea in the new production of Monteverdi’s L’incoronazione di Poppea under Pablo Heras-Casado. She rounded this off by singing the soprano part in the ballet premiere with Mahler’s 4th Symphony. At the beginning of the season she also made her debut as Contessa in the new production of Le nozze di Figaro in Hessisches Staatstheater Wiesbaden. In 2019/20 she delighted audiences at Staatsoper Berlin as Nanetta (Falstaff) under the baton of Zubin Mehta and as Dircé in Medée. Holding a scholarship of Liz Mohn Kultur- und Musikstiftung during the seasons 2017/18 and 2018/19, she was a member of the International Opera Studio of Staatsoper Berlin achieving successes as Erste Dame (Die Zauberflöte), Miss Jessel (Turn of the Screw), Falke (Die Frau ohne Schatten), Flora (La Traviata), and as Chasseresse (Hyppolite et Aricie) under the baton of Sir Simon Rattle, who conducted her in the same role at her debut at Elbphiharmonie Hamburg. Further important debuts  include Ilia in the new production of Idomeneo during the Internationale Maifestspiele at Hessisches Staatstheater Wiesbaden and Sophie in Werther at National Theater Prague and at Slovak National Theater in Bratislava.

She made her debut at Prague Spring Festival 2018 in Mahler’s Symphony No. 4  with National Warsaw Philharmonic Orchestra. Concerts have brought her to Rheingau Musik Festival, Festspiele Mecklenburg-Vorpommern, at Konzerthaus Berlin, and in Mozart‘s Requiem at Galina Wischnewskaja Opera festival in Sotschi.

Ms. Zámečníková is a scholarship recipient of the Junge Musiker Stiftung and the Deutschlandstipendium.

” With Slavka Zamecnikova a star has risen in the Viennese opera sky, which will develop a great international luminosity. Her first leading role at the house as Poppea goes over with joy in playing and stage presence, with her luxurious soprano, bright, classy and effortless, but also in her appearance, she probably reminds some of a young Netrebko.“”